The History and Evolution of Pinsa Romana in Italy

Pinsa Romana is a culinary product that shares certain similarities with traditional Pizza, in terms of its consumption and use. Yet, their differences lie in their making techniques. The word Pinsa comes from the Latin word “Pinsere”, which means to stretch in Italian. 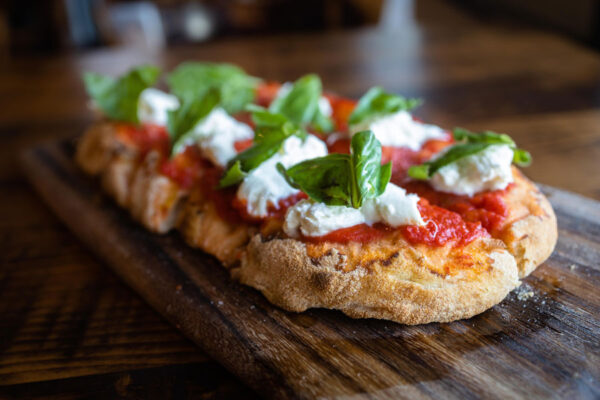 Pinsa Romana is an ancient Roman recipe from the ancient Roman empire. It has undergone many reinterpretations over the past centuries, reworked with new techniques and ingredients.

Pizza Romana originated from the old Roman Bakeries. To test the temperature of their ovens before use, some bakers would make plain flatbread. This was done before they started the daily production of bread.

However, as technology advances and more research is done, new professional flours for pizza and the cold water processing techniques invented have made it possible to produce the Pinsa Romana, which is not just lighter but also tastier than the ancient recipe.

Some essential features of the Pinsa Romana are:

The birth and intuition of the Pinsa Romana are owed to the proficiency and experience of the Pizzaiolo Angelo Iezzi. In the early nineties, he was the first person to change how the dough is being produced while introducing the use of the cold water processing technique. 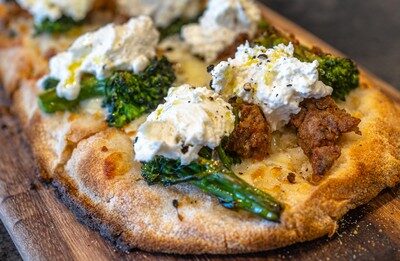 Now, the Pinsa Romana has grown in popularity and there are more than 5000 Pinsere across the far reaches of the globe. The uniqueness and features of this stunning Roman delicacy are not lost on millions of people all over the world. Then, it shouldn’t come as a surprise that consuming Pinsa Romana has gained an exponential increase in recent times.

In the making of Pinsa Romana, every stage involved strictly demonstrates the real science of producing Pinsa. The rich history and constant evolution of Pinsa Romana make it quite fascinating.